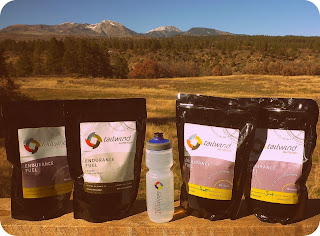 I just picked up my supply of Tailwind Nutrition for the 2013-2014 SkiMo race season.  I don't use Tailwind simply because its "Made in Durango".  Tailwind is my "go to" energy drink for hydration and nutrition in all my races.  The taste is subtle and light and easy on my stomach compared to most energy drinks, gels and goos.  Here's the science (from Tailwind);

Tailwind’s glucose/sucrose fuel takes advantage of how our bodies absorb nutrients. The combination of Tailwind’s fuel, electrolytes, and water has a synergistic effect, allowing the body to absorb more of each. Once in the bloodstream, the glucose in Tailwind fuels muscles directly, allowing athletes to go longer at higher intensities.  Tailwind’s electrolyte profile mimics what you’re sweating out.   There is no protein in Tailwind.  Protein during exercise doesn’t improve endurance, but it does correlate with GI distress. Studies show no significant endurance difference between carb-only and carb-protein drinks. Protein is hard to digest and can shut down your digestive tract during exercise. It can also slow the absorption of carbohydrates needed to rebuild glycogen stores during the critical recovery window.

I've decided to gift a 48oz bag  (50 servings) of Tailwind to one of my fellow competitors (must have completed an endurance event within the last 6 months).  To have your name entered in the drawing, answer the following questions;

1.  When is the first COSMIC Skimo race of the 2013-2014 season?
2.  What is the tallest peak in Canada?
3.  What is the tallest peak in Colorado?
4.  Who was the first woman to ski all of Colorado's 14'ers?
5.  What ski area averages the most snow in Colorado?
6.  Where is the SkiMo North American Championship being held this season?
7.  What race inspired Tailwind founder, "Jeff" to create Tailwind?

Email your answers to hollyandscott@centurylink.net to be entered in the drawing.  The drawing will be held on November 6th.

Posted by Scott Simmons at 3:32 PM 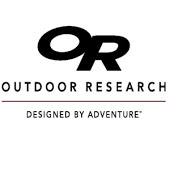 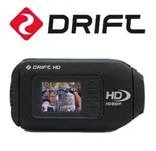 Scott Simmons
All around competitor / athlete based out of Durango, CO. Married with 2 boys, Quinn, 13 and Colby, 11. Trying to maintain balance between working, parenting, training and competing at a high level. Skiing "fast & light" on todays top of the line SkiMo gear has opened up a whole new realm of lines to ski in the SanJuan backcountry.